Real Customer Photos of Recipes from The Soup Pot, plus a few other fun photos for good measure.

This is “Easy French Onion Soup” Customer Photo, Recipe from “The Soup Pot” — and hey, look! A bonus recipe on the cute vintage crock! 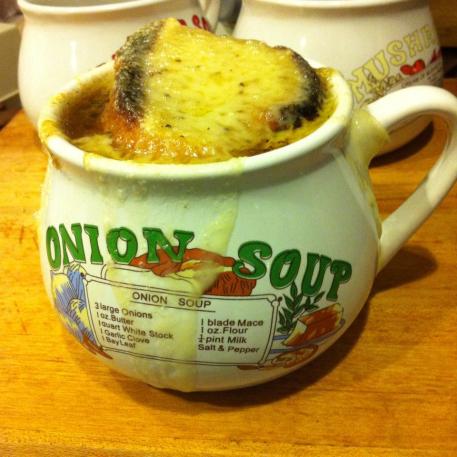 Below: In June of 2014, I had the great pleasure of traveling to Paris, France. This is the real deal: French Onion Soup served to me in The Latin Quarter, a total feast for the senses. So much food, and in fabulous displays. I sat at a little bistro, outdoors, right next to the giant cauldron and set-up area where they assembled bowls of this soup. Glorious! 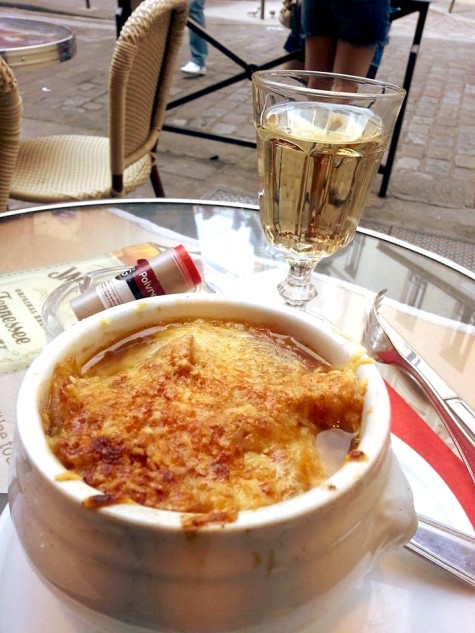 Below: This is “Easy French Onion Soup” from the official M Delish Boutique Test Kitchen. Made during the recipe testing stages of creating “The Soup Pot”. Here, shown served with grilled sandwiches. 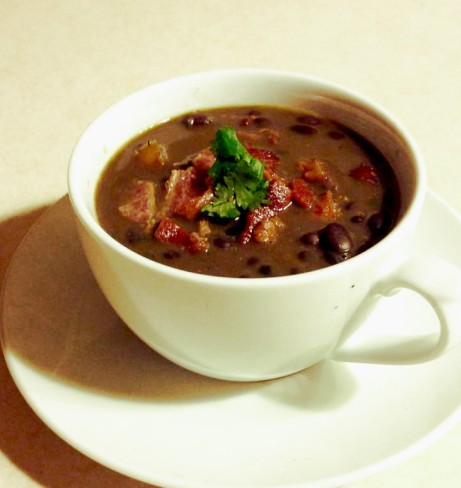 This is Cuban Black Bean Soup served over wild rice. Recipe from “The Soup Pot”

Below: This recipe is NOT in “The Soup Pot” but will likely make it into another cookbook in the series, as it is one of my favorite recipes I’ve ever written. This is potato soup. For years I made potato soup a bit on the side of mashed potatoes, thinned, with bites of potato mixed into a creamy broth. Then, in both Frankfurt, Germany and Copenhagen, Denmark, I had very silky potato soup with a thinner broth. On returning home, I set out to up my Potato Soup game (yes, potato soup game…you read that right). It is now my favorite way to make it.

Below: “Melissa’s Tortilla Soup” from “The Soup Pot” cookbook. This is my original recipe, as tested in the M Delish Boutique test kitchen. 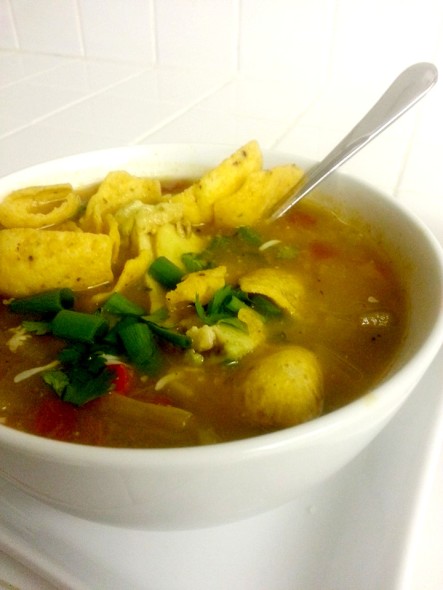 Below: “Shrimp & Corn Chowder” Customer Image. They made it without dairy due to dietary restrictions, and reported that the dairy-free version tasted great. Good to know!

Below: “Gazpacho” Customer Images. First photo shows all of the veggies that go into this super nutritious soup! Soup shown here without feta. 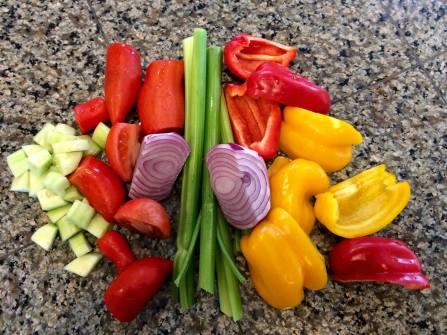 If you enjoy taking photos of your kitchen masterpieces, by all means please feel free to share your pictures of what you make from “The Soup Pot” cookbook by M Delish Boutique. Email to mdelishboutique@gmail.com or post them to the M Delish Boutique facebook page. Please know that I may choose to use the photos in a blog post like this! Indicate if you’d like a photo credit, and/or link back to your web locations. Thanks to everyone who contributed to this lovely display of what can be done with the original recipes in “The Soup Pot”, and purchase your copy here!