Always interested in new ideas and techniques, when I happened across seed sprouting at Bob’s Red Mill in Portland, Oregon recently, I had to give it a try. Based on the display at Bob’s, I figured out that all it really takes are seeds and a seed sprouter. Instead of hauling them both home, I grabbed some Protein Powerhouse Sprout Mix and packed it for my return home here in Austin. After reading up a bit on how to make sprouts, I chose a seed sprouter that I found on Amazon. This one has multiple trays, and you can buy the trays in sets of four to stack as many as you want. I’m starting with four. 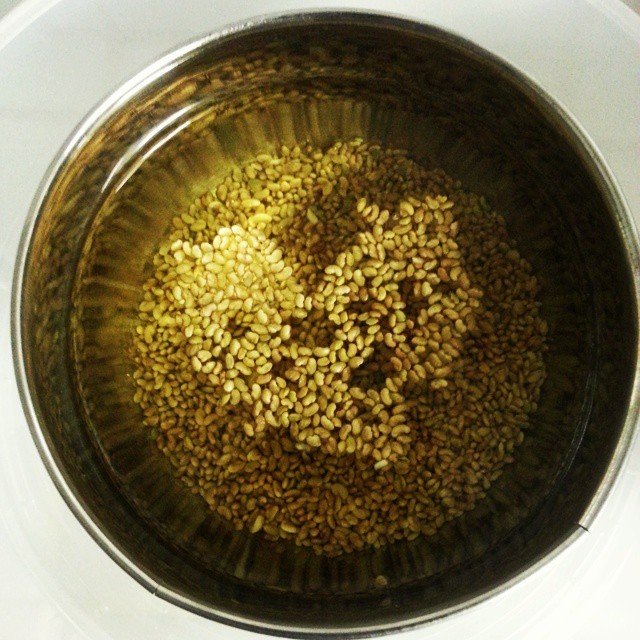 The first step is to take a tablespoon of sprouts per tray and soak them for about eight hours in room temperature water. The seeds pictured above are the alfalfa seeds that came with the seed sprouter I ordered.

Watch for my follow up post on harvesting and storing the sprouts! I’ll be using the sprouts as a garnish on Chicken Pho this weekend, and in smoothies. Sprouts are excellent sources of nutrients. I look forward to adding them into my daily diet.